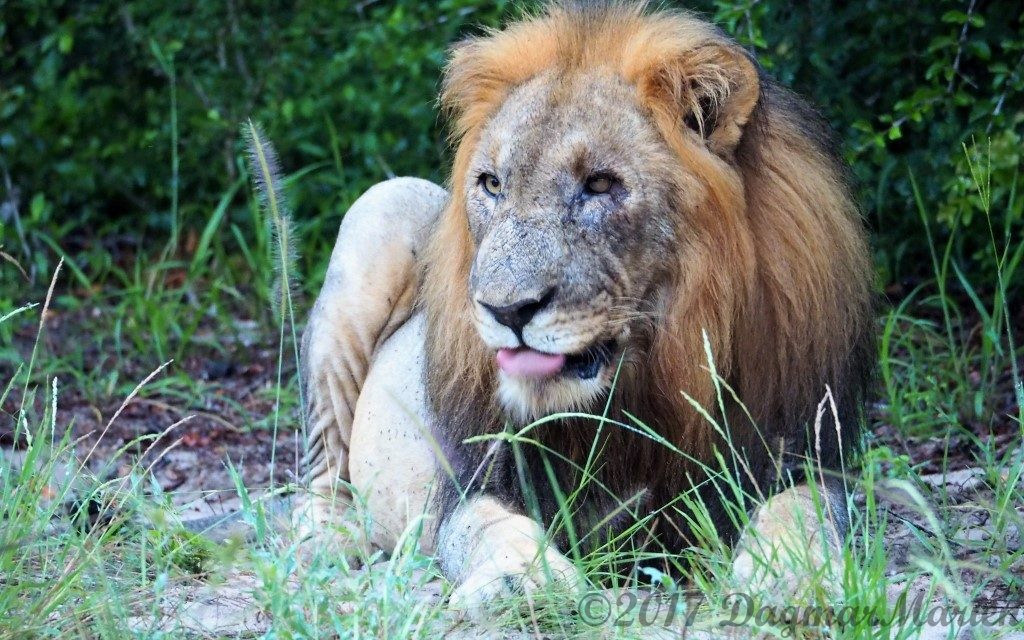 I got woken up by the pouring rain, and I wasn’t looking forward to get soaking wet again. But my curiosity to the bait was stronger, so dressed in my rainproof clothes (not really splash resistant) off we went. My colleagues were happy to sit in the back in the open, so I got to sit snug in the cabin with Hayden. Lucky me!

Half-way to the bait site, we saw some fresh leopard tracks, but they disappeared in the bushes, we tried to look for him, but couldn’t see him. We continued to the location and saw some lion tracks going forward, we also saw that more than half of the nyala was missing. No lions around, so we continued further following the tracks, but they turned around and went back to the carcass. When we approached the bait site again, from the other direction, we saw some movement behind the tree that was just behind the bait, then a big tail was swishing up and down.. we approached with caution, and instead of the female pride we encountered the day before, this was the elusive M25, Mzwanmandla, meaning ‘Power’, the last dominant lion still residing in the reserve. We’ve been scanning and tracking him for almost 2 weeks now. 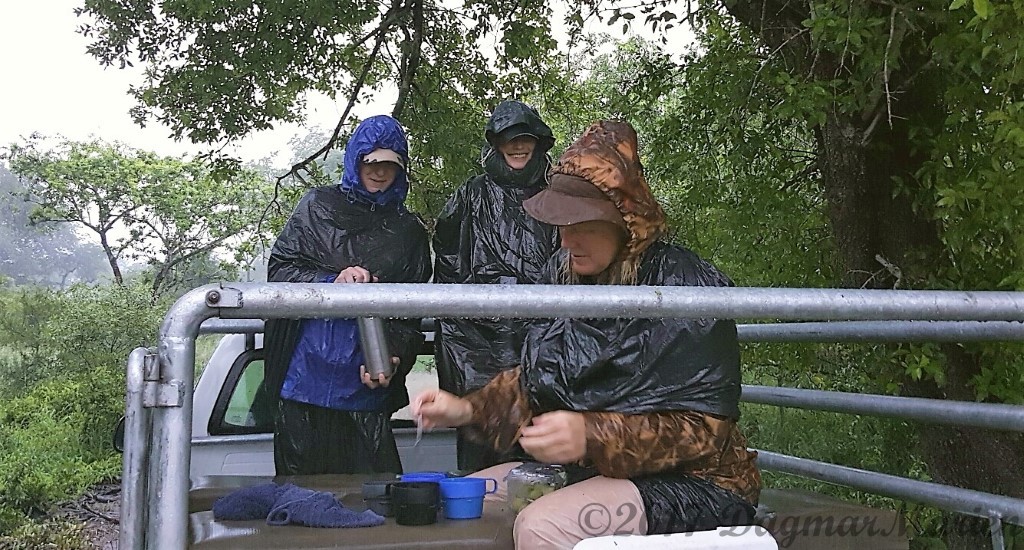 He had a full belly, and was very comfortable with us watching him. It started to rain quite heavily again and after enduring a couple of minutes of getting wet, he decided it was time to move his butt and find some shelter. He is one magnificent specie, he is huge, as big as a pony, massive paws. He’s blind in 1 eye from fighting and we could see he had a full belly, he obviously overdone it, greedy little bugger.

After he disappeared, Hayden decided we’d return to camp as the weather was just too horrible and we had a successful morning. We’ll be checking on him or at least the bait site during our afternoon/evening session, as he might be protecting his food source.

Back at camp, the electricity was gone again. This is life in the bush! 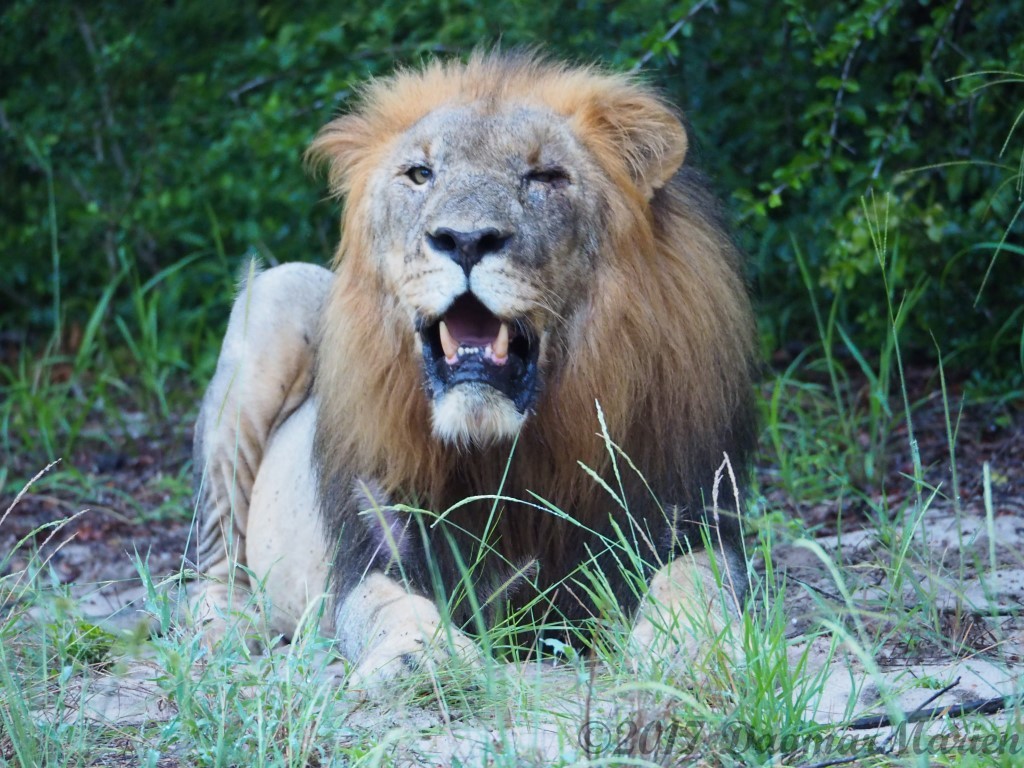 The afternoon session was very quiet in comparison, the girls got soaked again, at least 3 times, we went back to the bait site, bait was there, covered in black/orange flies, the stench is unbelievable and we had to park right beside the half-eaten corps to upload the metal gates and chains. I stayed very wisely in the car and scanned for unexpected predators coming out of the forest. Nobody got eaten alive, so we went further to Manungu Bridge to see if TPEF76 with her 2 cups was still around that area, she was, but again she was hiding in the forest. The girls put some non-animal marks in the track and some angel wings, definitely to confuse the rangers who are constantly spotting for tracks and following the different animals. We decided to turn back to camp, darkness was setting in and it would be close to 20.00 to arrive back at camp.

We bumped into some young giraffes, who were jumping around, very cute, it reminded me of a horse doing crazy jumps, some young impala with his harem and some adorable youngsters, and a skunk crossed the track in front of it. We saw some leopard prints, but they disappeared in the woods. 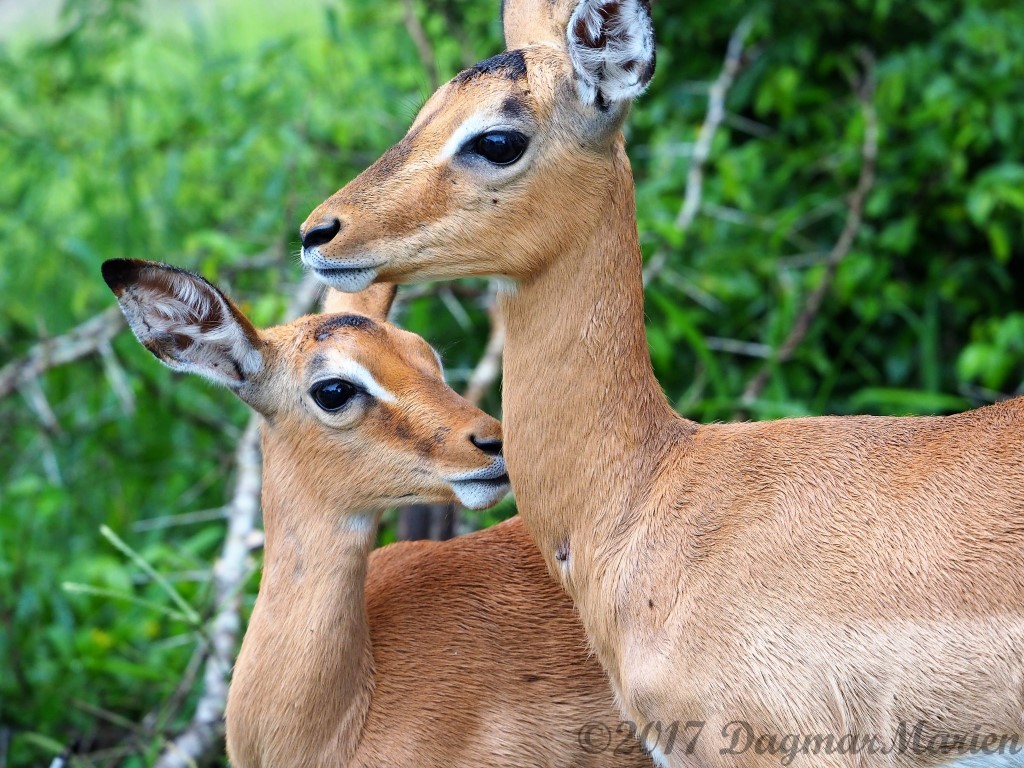 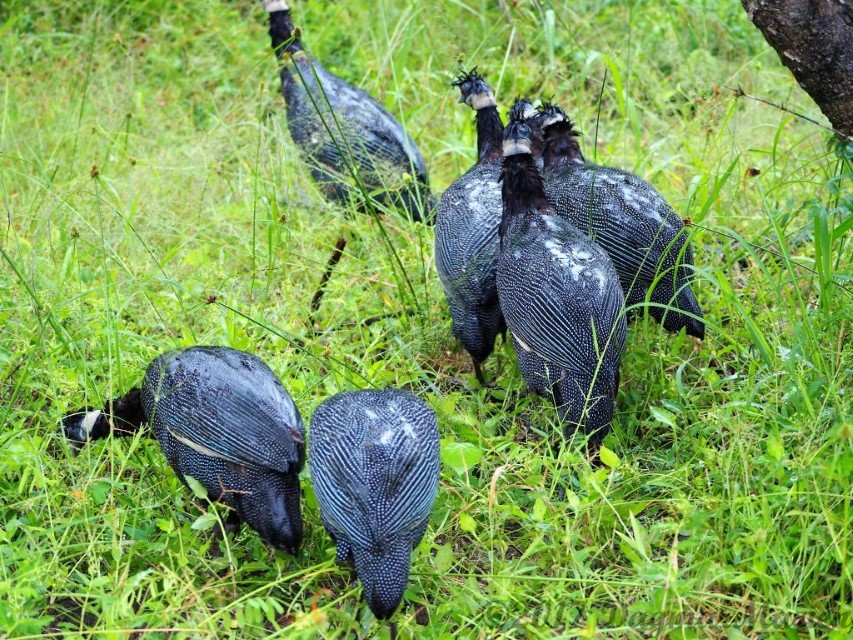 Back at camp, we had a little surprise for Hayden, he’s been a real gem, so Heather and Alise put together the highlights of the past 2 weeks. Then the slideshow came, ‘Hayden, a Short Tail’, Where are the lions? See the (tongue & cheek) slideshow below of photos of our time in Tembe. We had all a good time, the 2 weeks have flown by. Time to pack and see if everything still fits in my bag.

See you tomorrow in Mkuze. 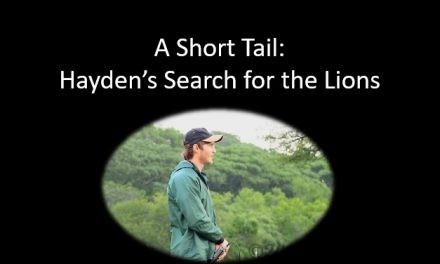 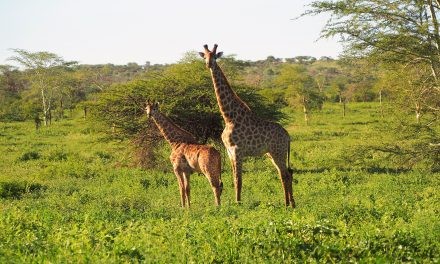